In the wake of the joint declaration in Geneva between Presidents Franjo Tudjman of Croatia and Slobodan Milosevic of Serbia, some foreign journalists have jumped to the conclusion that such an agreement amounts to the creation of some sort of alliance against the Bosnian Muslims. Nothing could be further from the truth.

The joint declaration is a small but important step in the possible normalization of relations between Serbia and Croatia. This breakthrough paves the way, we hope, for mutual recognition of internationally recognized borders.

It may seem ironic that Croatia, a victim of Serbian aggression, is the first country to begin normalizing relations with Serbia, or what is left of Yugoslavia. This decision was not solely Croatia’s choice, but also that of the international community. Croatia and President Tudjman are doing their utmost to help restore peace in this part of Europe.

Nonetheless, Croatia’s decision to sign this declaration in no way means that Croatia will abandon efforts to bring about a lasting peace in Bosnia and Herzegovina. On the contrary, Croatia has been more than forthcoming with the Bosnian Muslims on the future structure of Bosnia and Herzegovina. Also bear in mind that Croatia is accommodating more than 150,000 Muslim Bosnian refugees, for whom most of the cost is covered by the Croatian Government.

Croatia and President Tudjman do not hold all the cards for peace in Bosnia and Herzegovina. The Bosnian Serbs still control 70 percent of Bosnia’s territory, while it is the Bosnian Croats who have lost a considerable amount of territory to the Muslim forces since the breakup of their alliance.
The New York Times 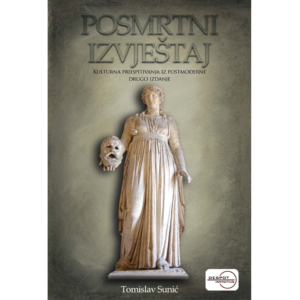